See Stephen's story, with photos, text, music and videos:
Stephen Cohen started playing guitar as a teenager in his attic room in Pawtucket, Rhode Island. He attended Brandeis University in Massachusetts for 3 years and then left school, guitar in hand, to hitchhike across the United States. After many adventures along the way, including living in a tree house in the mountains, living in geodesic domes and makeshift shacks in several communes, working as a movie extra in New Mexico, working with autistic children in Philadelphia, living and performing at coffee houses and restaurants in and around Santa Fe, New Mexico, and becoming a father to 2 sons, Stephen arrived in Eugene, Oregon and stayed there for 18 years. He went back to school at the University of Oregon and received a bachelors degree in art. He made music themed, unique jewelry pieces which he sold at galleries and art shows. He performed at music venues, concerts and festivals in the area and formed his first band, the Tree People, with local musicians. Stephen recorded his first album, The Tree People, in 1979, in a studio in the woods near Eugene.
Stephen wrote Yes, I'm Walking during his travels as a young man.                    Running Falls, from 3 String Stephen Plays Cigar Box Guitar,         Above is his most recent version of the song on cigar box guitar.                  is about Stephen's childhood home in Pawtucket, Rhode Island. 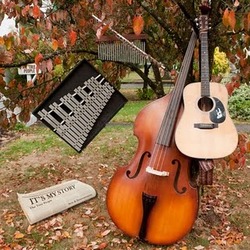 At the same time that the Tree People were being discovered worldwide, Jeff had moved back to Oregon to Lake Oswego, just a short drive from Stephen's southeast Portland home. They started playing music together again, added a 3rd member, Seattle musician Rich Hinrichsen on double bass and did a series of concerts in the Pacific Northwest, including performances at the White Eagle and the Mississippi Studios in Portland, the Matrix in Chehalis Washington, the Upstage in Port Townsend, Washington, and the Northwest Folklife Festival and the Arts in Nature Festival in Seattle. They did songs from the first two Tree People albums along with new material. They went back into the studio and put some new songs online. When Antoni of Guerssen Records heard some of the new material he decided to commission his label's first non reissue album, and It's My Story was then released in vinyl and CD editions by Guerssen Records in 2010. Living with the Animals featured guest appearances by Stephen and Kate's dogs and vocalist Nicole Campbell. The Tree People did an album release concert at the Old Church in Portland (with Nicole as a guest vocalist but no dogs). It was the last time with the Tree People this time around for Jeff, who retired from the performing life after that concert. Stephen and Rich did one more performance under the Tree People name at the Musique Disperses Festival in Spain in 2011, on a trip that was a highlight of Stephen's musical life.
After returning to the Pacific Northwest after their last performance under the Tree People name in Spain, Stephen and Rich became the creative acoustic duo, The Walking Willows, collaborating on Stephen's Cistern Symphony while doing creative residencies at Centrum, doing concerts in Oregon and Washington, musical tours on the East Coast and New Mexico, and recording an album, by hand.
Stephen taught himself to play a custom made cigar box guitar, made his own cigar box guitars, and recorded an album, 3 String Stephen Plays Cigar Box Guitar, in 2014. He recorded 7 musical pieces using voice, acoustic guitar, cigar box guitars, a homemade 5 String Thing instrument and a custom made miniature guitar on the theme of talk at his 2015 artist residency at Jack Straw Studios in Seattle.

2017 was a year of residencies for Stephen. He created the String King, a playable 6 foot musical sculpture, which he displayed at the Salem Art Fair,  as a Salem (Oregon) Art Association Artist in Residence. He was a Music OMI fellow and did a residency with 11 amazing musicians from all over the world, with whom he collaborated at several performances and recordings. He did a residency at the deFeniks Art Center in Mortsel, Belgium, where he made new instruments, did a cigar box guitar workshop, and performed in concert at the Walpurgis Musicktheater. Stephen was a featured Showcase Performer at the SXSW Music Festival in Austin, Texas in March of 2018. He released the vinyl album, Where Do We Go? in the fall of 2018, featuring Stephen singing and playing acoustic guitar, cigar box guitars, a one of a kind custom made miniature guitar, and a homemade 1 String Thing instrument,  with guest appearances by pianist Yuan-Chen Li and vocalist Maeve Stier.
Stephen's performance and interview from home for KBVR TV along with performances filmed at nearby venues. 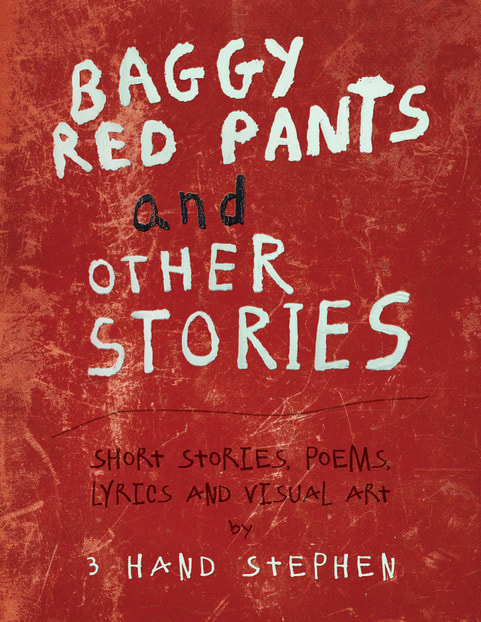 Stephen's book of short stories, poems, lyrics, and visual art, BAGGY RED PANTS AND OTHER STORIES, was published in 2021 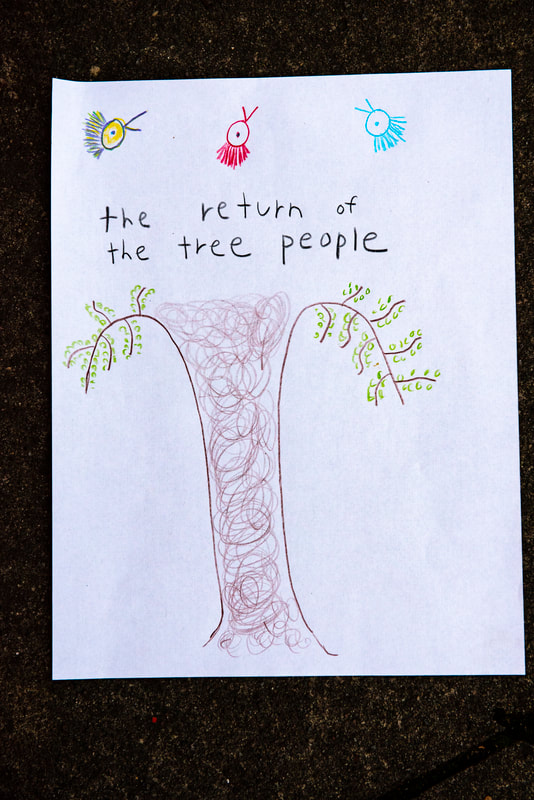 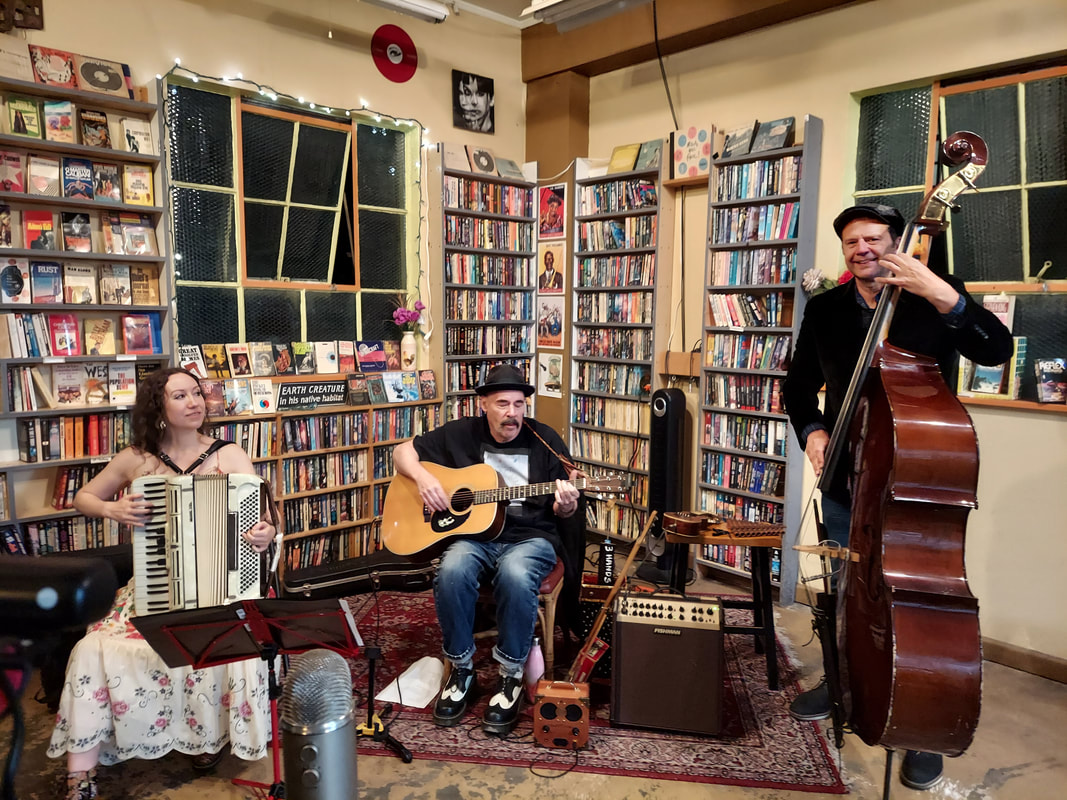