Welcome to my children's music page!
Here you can see videos, hear some of my original children's songs, see photos, read a description of my interactive children's performances, and see a list of past children's and family performances.
above: Stephen performs a virtual concert during the pandemic before an audience of stuffed animals and his original musical sculptures.               His performance starts 4 minutes and twenty-five seconds into this 2020 Be About Love Virtual Festival video.
below:  Woke Up, a video featuring Stephen's original song and family animals           and a 1 minute clip from Stephen's performance piece, Let's Go Walking:
below: Stephen creates rain with guitar, voice and rain percussion        and his grandchild Annalee creates an original dance to his music 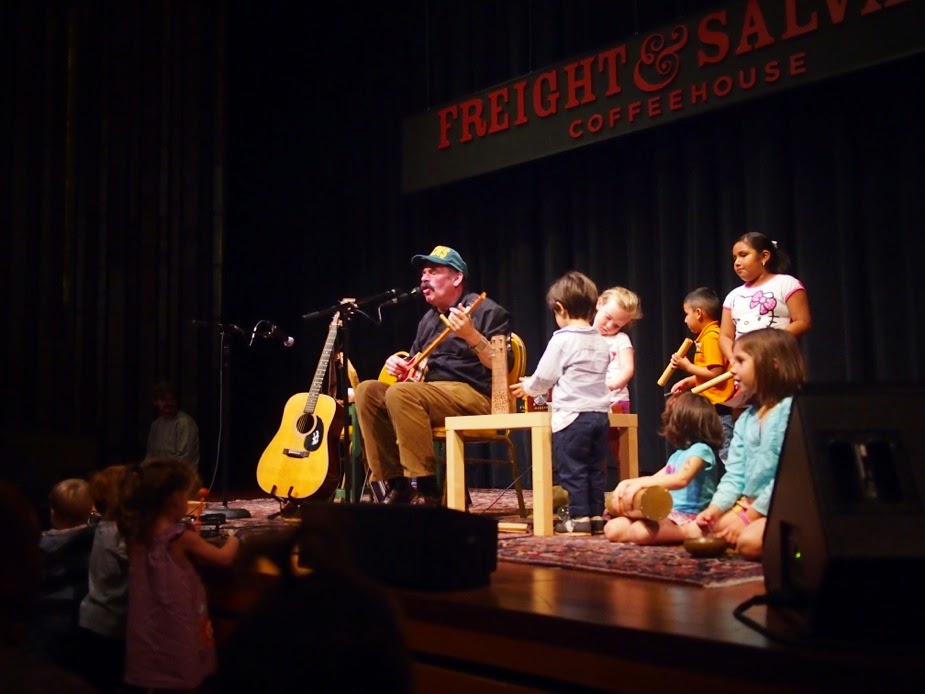 And here he is playing cigar box guitar with a stellar makeshift band at the Freight and Salvage Coffee House in Berkeley, California. 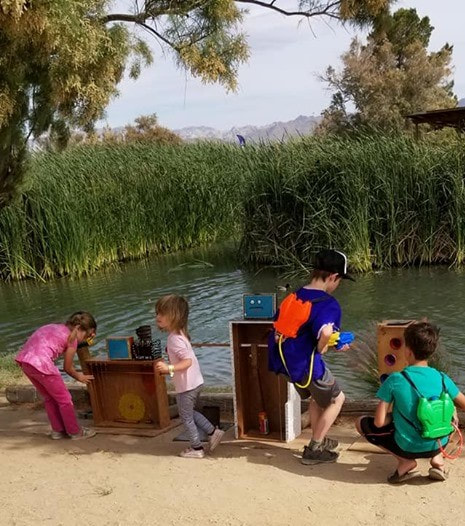 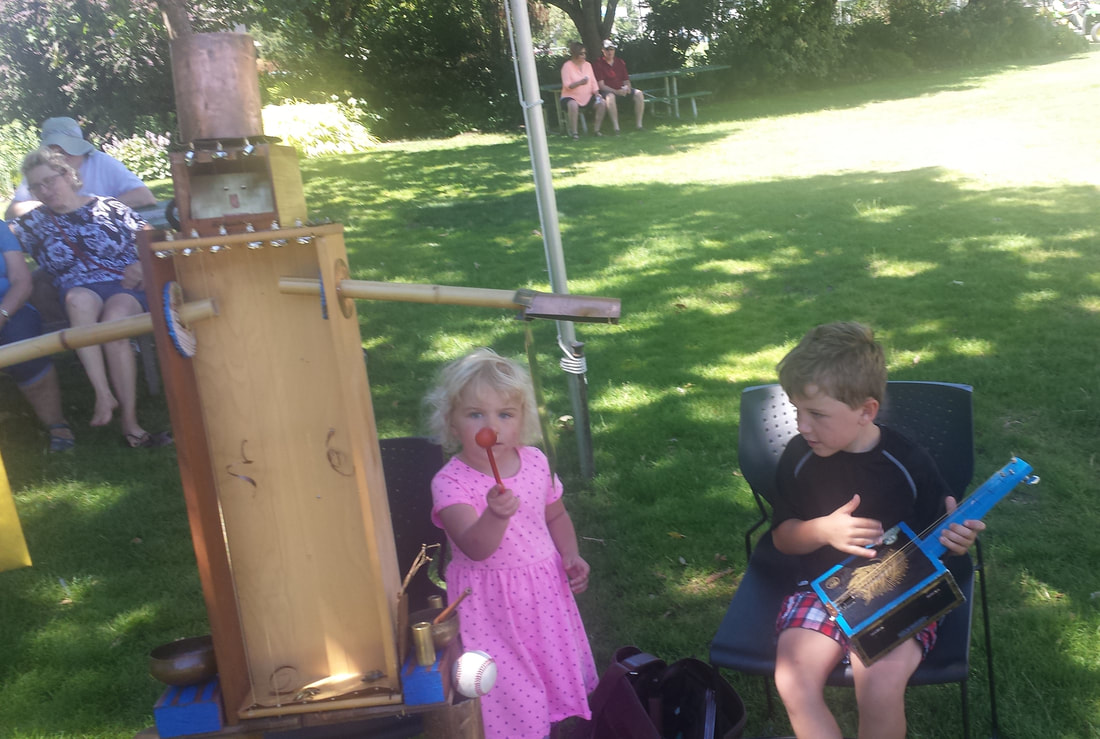 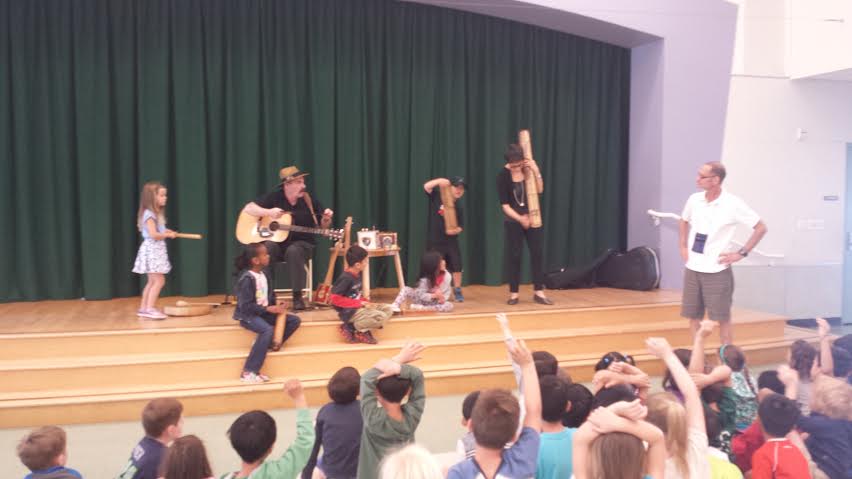 Here is Stephen setting up his rain song orchestra at the Van Meter Elementary School in Los Gatos, California.

And here is Stephen at that school assembly playing cigar box guitar with a great percussion section.